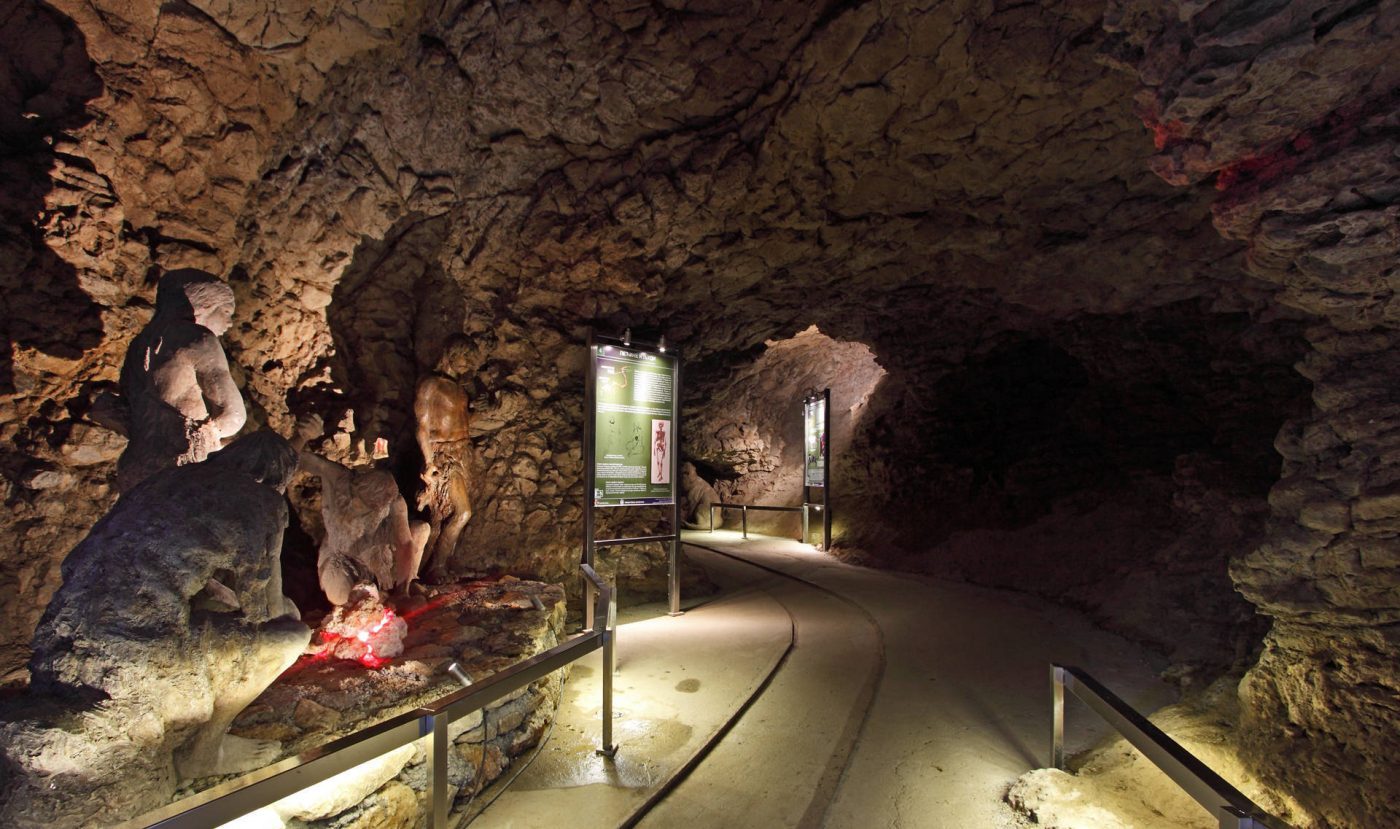 At the entrance of Arandjelovac, on the right of a small river Kubršnica, there is a Risovača hill with a cave, a significant archaeological and paleontological site. Longtime research of Risovača Cave revealed an abundance of fossilized bones and teeth of various animal species that had been living around the Risovača steppes during the last Ice Age.
Some stone and bone tools discovered here confirm that the Cave had been the habitat of the Neanderthal hunters in the Middle Stone Age. Due to its natural properties and cultural-historical values, Ricovača Cave has been declared natural and cultural monument of a great significance. Risovača Cave has been furnished and arranged today in line with all standards of modern appearance and hundreds of domestic and foreign tourists visit it on a yearly basis.

The research of Risovača Cave in Aranđelovac began in 1953 (Archaelogical Institute SANU and Faculty of Philosophy in Belgrade under the guidance of Prof. Branko Gavella, PhD) and lasted until 1976. Since this period, there have been conducted other speleological researches as well, managed by Radenko Lazarević, PhD, a senior scientist in the Institute of Forestry in Belgrade. Risovača Cave was arranged for tourist visits and opened on September 19th, 1987.

With the participation of the associates from the Geographic Institute Jovan Cvijić, Geographic Faculty in Belgrade and speleological group from Valjevo, this research was particularly intensified in the 1990s and it has lasted until the present day.

Longtime archaeological and speleological research of Risovača Cave revealed an abundance of fossilized remains of Pleistocene fauna and the traces of material culture of the Neanderthal hunters – artefacts made of stone and bones that confirm the Paleolithic age of this site.

Regarding the archaeological significance, paleontological treasure, dimensions and great natural values, Risovača Cave has been furnished for tourists visit and opened on September 19th 1987.
By digging and removing secondary material, a cave system which was 187,5 m long and 703 m² big was found. Along the main cave channel, polyester reconstructions of representative members of Quaternary fauna – a cave bear and a cave lion- were placed. A Chamber of Risovača Caveman, marking the end of the explored part of the cave, hosts a figural composition – a family of Risovača hunter.

By arranging of Risovača Cave, this symbol of ancient human existence and work has been rescued from falling into oblivion and decay, telling the story of uninterrupted human roots from the beginning of civilization until the present day.