Orašac is a young settlement, established in the first half of the 18th century, during the period of the Austrian occupation of north Serbia (1718-1739) when Serbian population moved here hoping they would live better under the Christian authority. The village was probably named after a great quantity of walnuts (en. walnut – sr. orah-Orašac).

When defeated by the Ottoman Empire, Orašac became the part of Smederevo sanjak, and then the part of Belgrade pashaluk. As the part of north Serbia, Orašac belonged to Austria according to the Treaty of Požarevac and remained under the Austrian occupation from 1718-1739. After the Austrians had left Serbia, the Ottomans came back to these territories again.

The village Orašac was formed around Orašac stream. Later settlers inhabited the hills between Vrbljak and Misača villages. For that reason, Orašac is a dispersed village today that is divided on hamlets and groups of related houses. The center of the village is on the road Mladenovac- Arandjelovac. During the Uprising, there were 30 houses in Orašac, and the main agricultural activity was cattle breeding.

Describing Orašac at the end of 19th century, Kanitz said that he had seen “low fertile vineyards; and historically significant oak forest where few brave patriots decided to raise an uprising against the Ottoman aggressors on February 15th 1804 is completely destroyed”.

According to Kanitz, on the territory of Orašac, on Misača hill, a part of the road – 50m long and 15m wide – was cut through the rock a few centuries ago. This “cut”, which people assigned to Jerina the Cursed, joined the road from Smederevo towards the town Ostrovica, probably to connect nearby mines with the Danube easier. Kanitz further narrates that the “cut” was built by German miners who were digging the iron on Venčac Mountain.

Economic development of the village includes mining, exploitation of dark coal in the mines Orašac and Vrbica within one territorial unit and around 1 km far Misača. The pits were closed in 1961 due to unproductivity.

Today, the main economic activities are agriculture and cattle breeding. 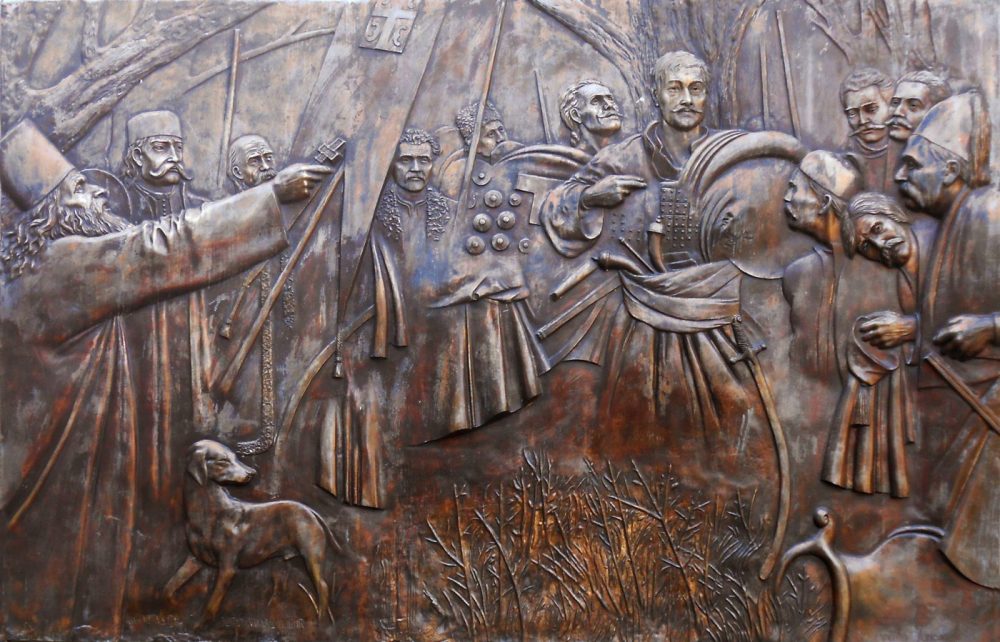 Memorial fountain was built in 1954 on the 150th anniversary of the First Serbian Uprising in Marićevića jaruga near the church.

The fountain is the part of a larger retaining wall built of stone blocks. There are three marble arched plates in the central part of this fountain. The central one has a carved text:

At this point, on February 15th 1804,
the First Serbian Uprising broke out.

On both left and right panels of the Fountain four verses from a famous epic poem Početak bune protiv dahija (en. The beginning of the Revolt against the Dahijas) have been carved. On the right of a stone retaining wall there is a copper panel with Karadjordje figure and a framed inscription Verhovni Vožd naroda serbskog (en. Supreme leader of Serbian people). 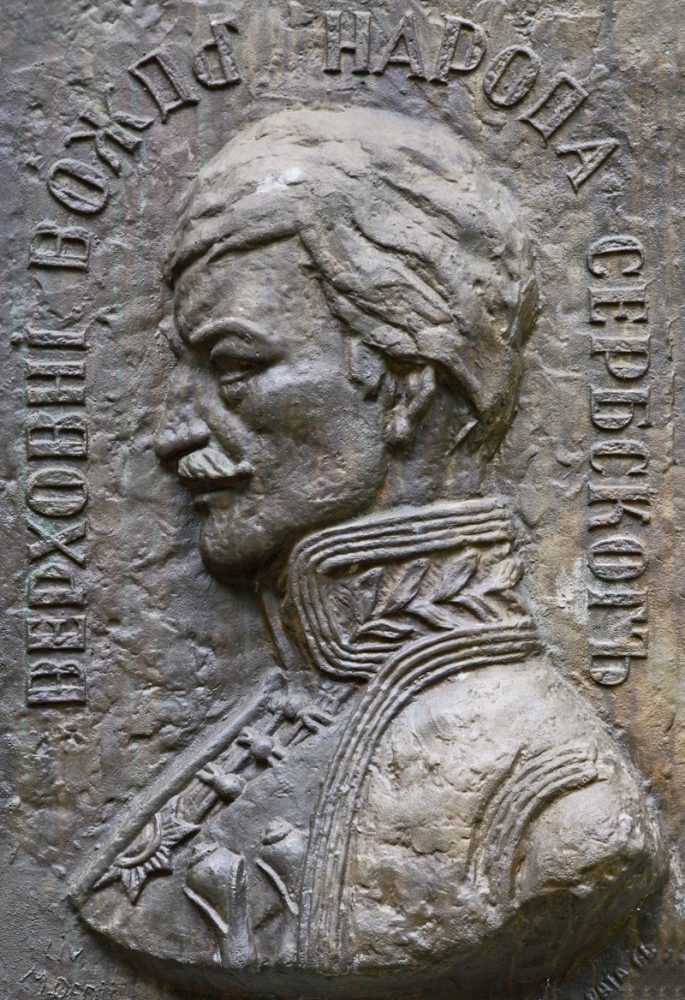 The figure of Karadjordje was modelled by Raja Nikolić, a sculptor from Arandjelovac. A relief Zakletva ustanika (en. Rebels’ oath) by Z. Miladinović and M.Rajić was set by foundation association The First Serbian Uprising.

Church of the Ascension

Church in Orašac was built in the period from 1868 – 1870. The designer is unknown. In architectural terms, the church is a modest and plain building with well-balanced proportions and simple shapes. The rectangular basis has an outside pentagonal apse on the eastern side and semi-circular altar apse inside. On the western side of the church there is an entrance hall. A bell tower is placed in the western part. Arches are semi-solid with a gable roof. The apse has been covered by semi-calotta. Massive walls have been plastered inside and outside and then painted.

An exceptional artistic value is reflected in the iconostasis of the church painted by Nikola Marković, one of the most eminent Serbian artist from the second half of the 19th century. The iconostasis has 24 icons introducing the Saints and the scene from the history of the New Testament. The northern pilaster has a memorial plaque built in and made of white marble. It has been dedicated to the soldiers fighting in the Balkans wars.

A memorial tomb of Teodosije Marićević, situated in the church yard, enriches the memorial site in Orašac. This prince and trader from Jasenovac is famous for being present when the decision on the Uprising in 1804 was made. He was born in Orašac and was one of the canidates for the head of the Uprising. Until 1980, on the tomb made of dark reddish stone there was not any epitaph. Then, the following inscription was carved: