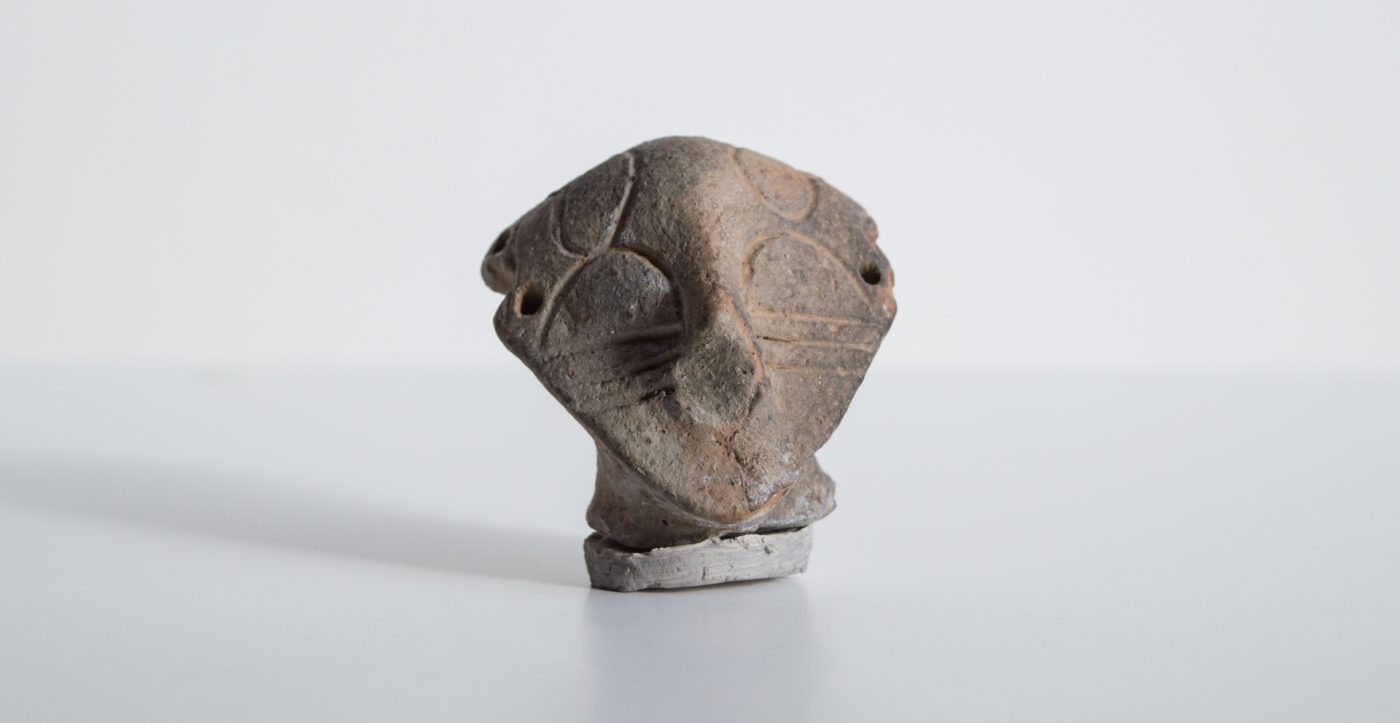 The findings from the Paleolithic period address Risovača Cave in Arandjelovac where the extinct human species, Homo Sapiens Neanderthalensis, found its shelter in the period from 50,000 years ago to 35,000 years ago. Life remains of Neanderthal hunters and fruit gatherers have been discovered in the cave formations: typical Mousterian triangle-shaped spikes, leaf-shaped spikes, scrapers and bone tools (awls and daggers).

Neolith is an era of agriculture and cattle breeding, food production and settling down in permanent settlements. The use of objects made of baked soil was typical for Neolith and their shapes, manners of production and decorations marked the entire culture. Early and Middle Neolith saw the development of Starčevo culture on the territory of Central Balkans that included a settlement from Arandjelovac region – a locality Polje in a village Banja.

A whole millennium of Late Neolithic Period was reserved for Vinča culture, a leading Neolithic culture of Southeast Europe. Older phases of Vinča culture include movable material from Kapetanove njive (en. Captain’s fields) in a village Belosavci – the objects of utilitarian and cult purpose. Various findings from a settlement on Dizaljka (Lipovac / Brezovac) belong to younger phases, among which there is also an abundance of anthropomorphic plastic items that make a significant selection of prehistoric collection. The remains of settlements with the houses basis and movable findings have been discovered on a locality the Popović’s ornica in a village Stojnik.

The use of metal introduced many changes and novelties both in everyday and spiritual life of the ancient human communities on Central Balkans territory. Those were turbulent times of frequent tribal conflicts, immigrations of the population, introduction of new ethnical elements and social stratification. 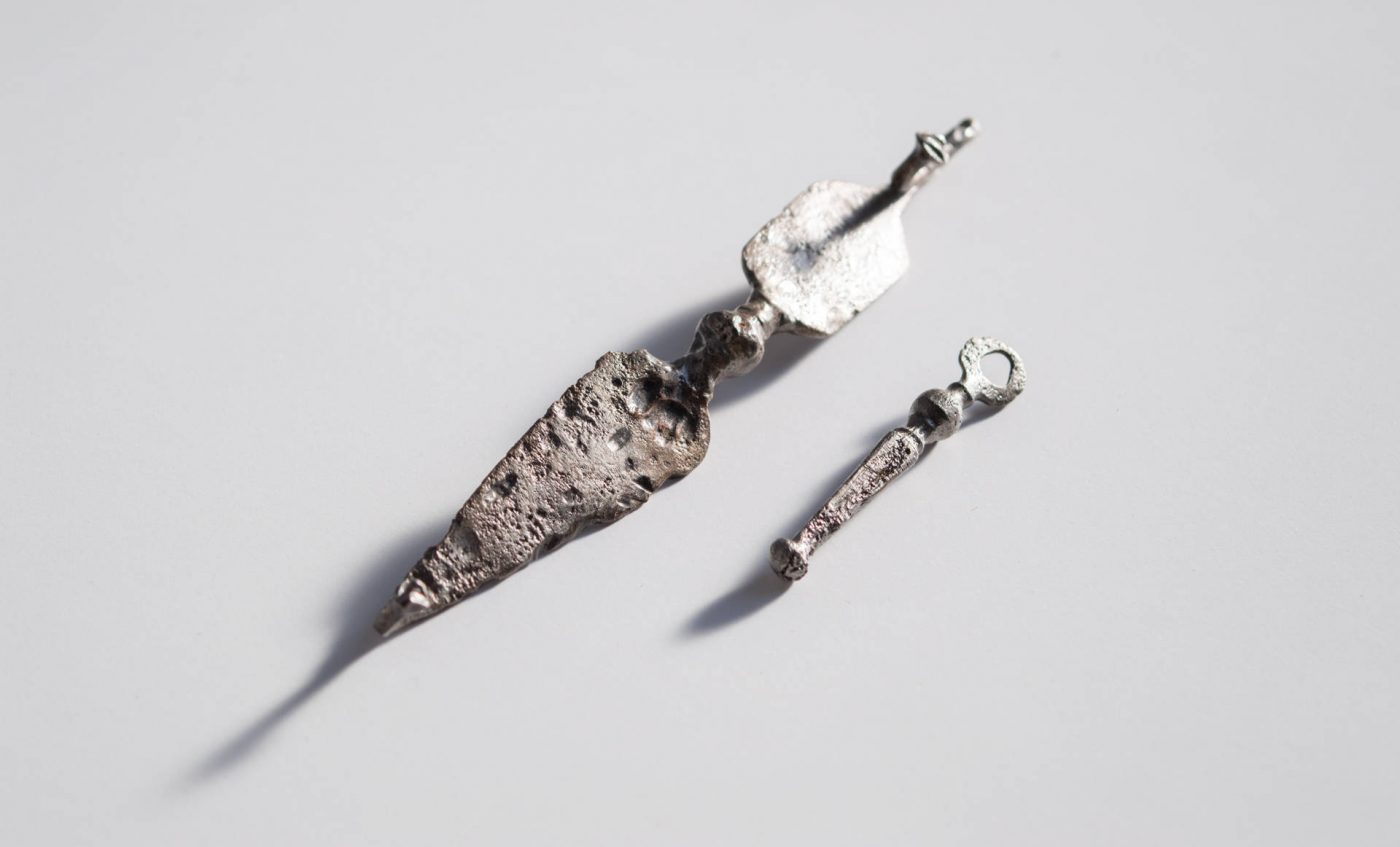 The existence of Eneolithic culture (Copper Era) has been proved by the findings from a settlement Ćelova glavica in Orašac. The site called Učiteljev predel – Čović gaj (en. Teacher’s landscape) in a village Kopljari also belongs to this period. Prehistoric findings of Copper Age bring attention to an outstanding sample of a molten axe made by smithing technique from a locality Medna in a village Jelovik. The final prehistoric epoch, Iron Age, brings a black baked ceramic bowl of unusual shape from a locality Nedića trlo in Vrbica.

About thirty antique / late-antique localities have been registered so far on the territory of Arandjelovac and Topola municipalities. Those are primarily the remains of villae rusticae among which few of them have been partially explored (localities Vićija in a village Belosavci, Vrelo in Topola, Zečka in Banja). In a village Maskar, in 1950s, the remains of the Roman horreum were discovered, and on one of the Venčac tops (Gradina/Mali Venčac) archaeological survey of a late-antique site was conducted in 2002, the only one famous in this region.

Movable material from the Roman era preserved in the National Museum in Arandjelovac has been obtained not only by archaeological excavations, but to a greater extent by purchasing or by giving as a gift. There are lion from the church in Gorovič (2nd cent.), a damaged woman’s head made of marble (3rd cent., Trešnjevica) and a few pillars from Vićija in Belosavci (4th cent.). Antique collection contains fibulae, iron weapons and tools, copper and iron buckles, belt tabs, lead and ceramic spindles and weights, a needle, a key…

Among medieval localities, according to the findings so far, the most numerous are the remains of churches and monasteries. In a village Gorovič, near Topola, there are the remains of the church whose preserved walls are of the arch height. Monastery church in a village Bosuta (15th cent.) has been explored fully whereas trial research in 2013 on the locality Djurine ćelije in Manojlovci partially revealed the remains of a small medieval church, konak (en. a residence) and a fence wall. An exceptional significance has been assigned to the remains of a big church, necropolis and a building with ground floor and storey part discovered on a locality Dvorine in the village Banja, on the slopes of Venčac Mountain.

Among medieval exhibits in the Collection, the most significant is a tombstone of the Živčić brothers (15th cent.) found in Vrbica near Arandjelovac with special paleographic inscription of very interesting content. Numerous fresco fragments that are the results of the archaeological research on the locality Dvorina in the village Banja and the church on the locality Djurine ćelije in Manojlovci found its place in the Collection too.