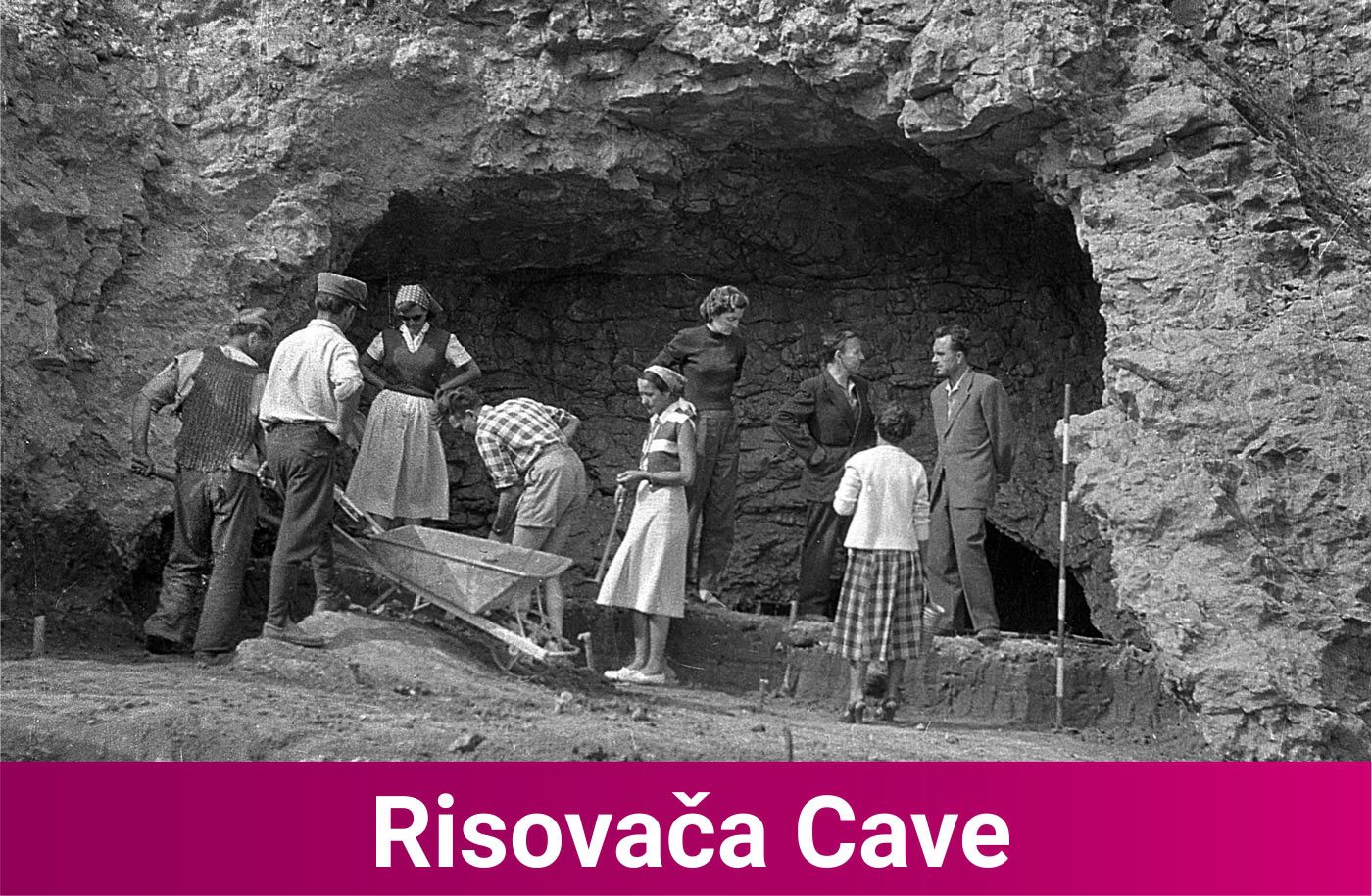 Risovača used to attract a lot of researchers: speleologists were digging the deposits and cleaning the cave discovering its halls and chambers; paleontologists were analyzing hundreds of fossil remains of Ice Age animals and archaeologists were studying stone items and bones that remained after a human species had disappeared.

Travelling to the Past

Today we can undoubtedly talk about the appearance of a mammoth because whole specimens of this giant herbivore were found “tinned” in the ice of Siberia. However, the researchers are not always that lucky. They often find only the parts of animals’ skeletons, single bones, skulls or teeth. If they find enough skeletal remains, the paleontologists can make a reconstruction – a shape of the skeleton of an extinct animal. The assumptions on its appearance are based on the appearance of other similar species, but also on other characteristics of the climate they used to live in.

Grassy areas around Risovača Cave were inhabited by unusual animals. There is no bear species today that could be compared with a Cave Bear. Adult males weighed up to 1,000 kilograms and were 3,5 meters tall when upright. The Cave Bear did not inhabit severely cold European areas but the areas with moderate climate. Scientists concluded that it was an herbivore because of its tooth structure. The natural cause of death during the hibernation period was a common end for the cave bears – this can be proved by a lot of teeth and all skeletal parts found in cave formations.

Herds of Woolly Mammoth, probably the most impressive iceberg animal, were living around Risovača areas. The mammoth from the end of the Ice Age was as big as today’s elephant. Long, woolly hair together with a thick layer of subcutaneous fat protected its body from cold. Stocks of fat tissues were in a big hump on its back.

Risovača Caveman was, like other Neanderthals, around 160-170 cm tall. He was robust and very strong. A dominant facial feature was a low sloped forehead and round eye sockets with prominent supraorbital arches. Jaws were massive and braincase was flat with a low occipital bone.  The brain volume of a Neanderthal was around 1500 cm³ which corresponds to an average brain volume of a modern human.

An early man mostly made tools of flint, extremely hard and brittle mineral. A needed tool was made of a piece of flint by knapping. Risovača hunters made leaf-shaped or triangle-shaped flint spikes. Attached to the poles, the spikes were used as tops of spears during hunting.

Similarly, they made scrapers for hideworking. The tools made of bones were also found in Risovača – an outstanding sample of dagger and an awl for drilling and tying leather and fur parts of clothes.

At the end of the Ice Age the changes in the environment were very big and frequent leading to the extinction of the Neanderthals. Nevertheless, there were still people on the Planet. Another human species, Homo sapiens sapiens, used to live at the same time with the Neanderthals for the next tens of thousands of years. This species sustained all natural disasters and adapted to climate changes and new life conditions more successfully. A modern human emerged out of this kind.

Detailed and additional information on Risovača Cave can be found in the Guide of the National Museum in Arandjelovac. It can be bought at the ticket office in the Museum and Cave.